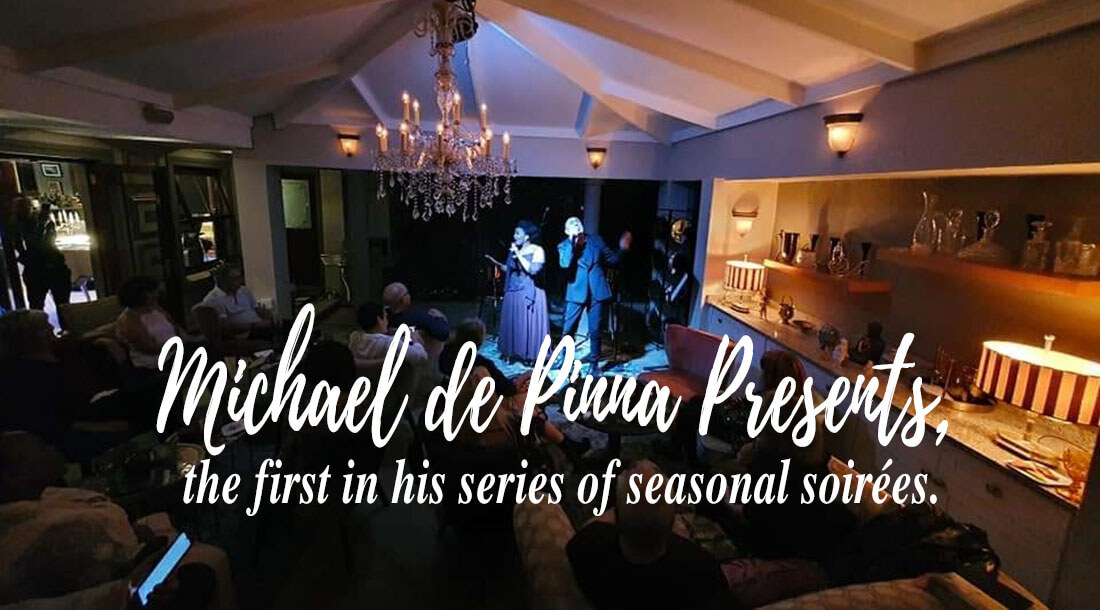 The first in his series of seasonal soirées. The newly appointed venue has been fondly named The Causeries in memory of Michael’s late father, David de Pinna.

Performaning artists, Michael and Hlumelo Ledwaba will be performing a two act show that is powerful and a memorable showstopper. 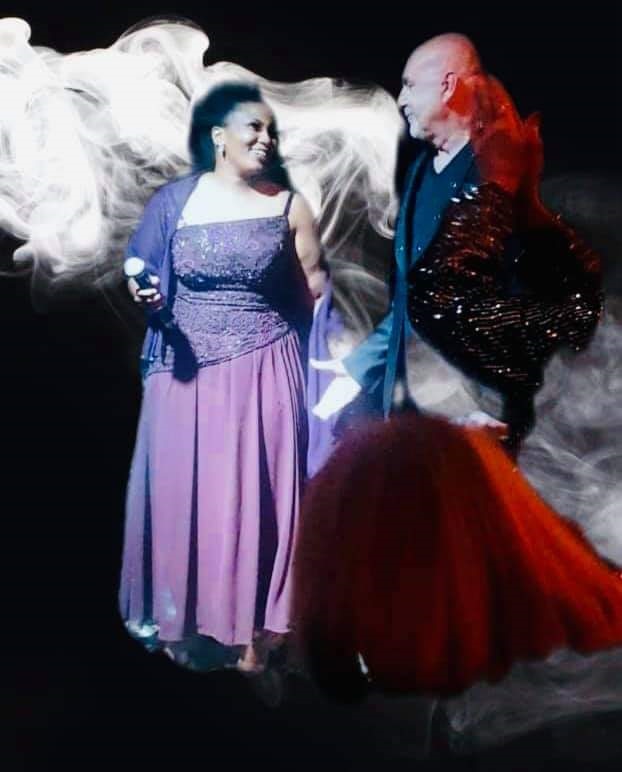 What happens when a legend of South African stage and screen opens his home for the first of a series of “Seasonal Soirées”? Pure magic!

My darling friend Michael de Pinna takes you on a nostalgic journey through song, paying homage to well known songs and composers. Add to that Michael’s wonderful ability of storytelling, and it makes this the most charming and endearing of shows.

The glorious setting for these soirées has fondly been called The Causerie, in memory of Michael’s late father, David De Pinna.

Performing alongside Michael is the beautiful Hlumelo Ledwaba. Their voices and chemistry are nothing short of astounding, and they definitely know how to perform a showstopper.

Michael De Pinna’s Seasonal Soirées are magical and so endearing. Their ability and passion for their craft resonates, and we’re pretty sure we felt every note going straight through our bodies! It’s always an awesome feat when just two artists on one stage can bring you to tears and evoke a emotion in you just through music alone.

This show is an absolute master class in music. Michael and Hlumelo have voices that will leave you absolutely breathless. This talented duo take you on an incredible journey. Their chemistry is endless, their voices are boundless, and their energy, unstoppable. You will not stop singing, that is a promise. You will not stop smiling. We guarantee that too. 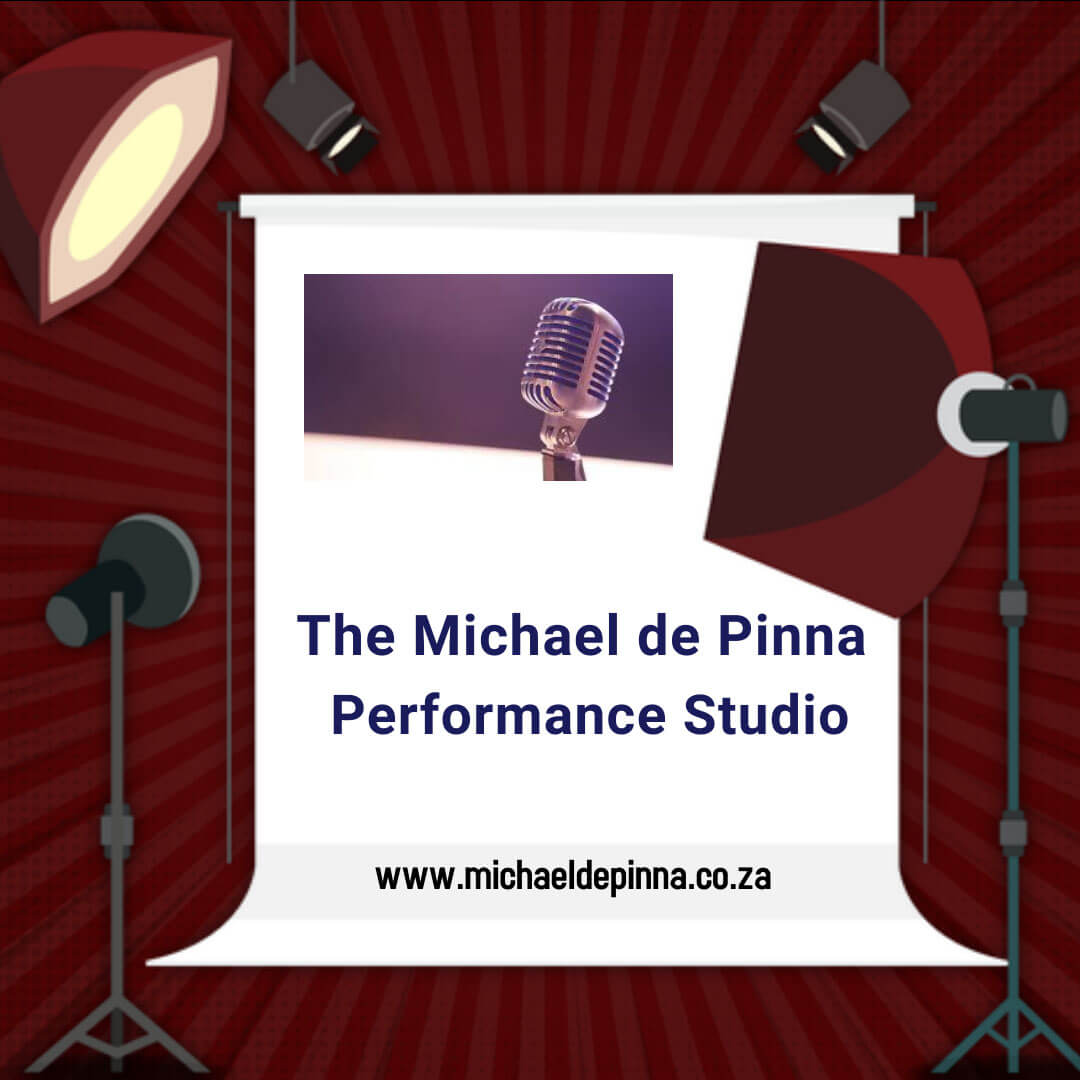 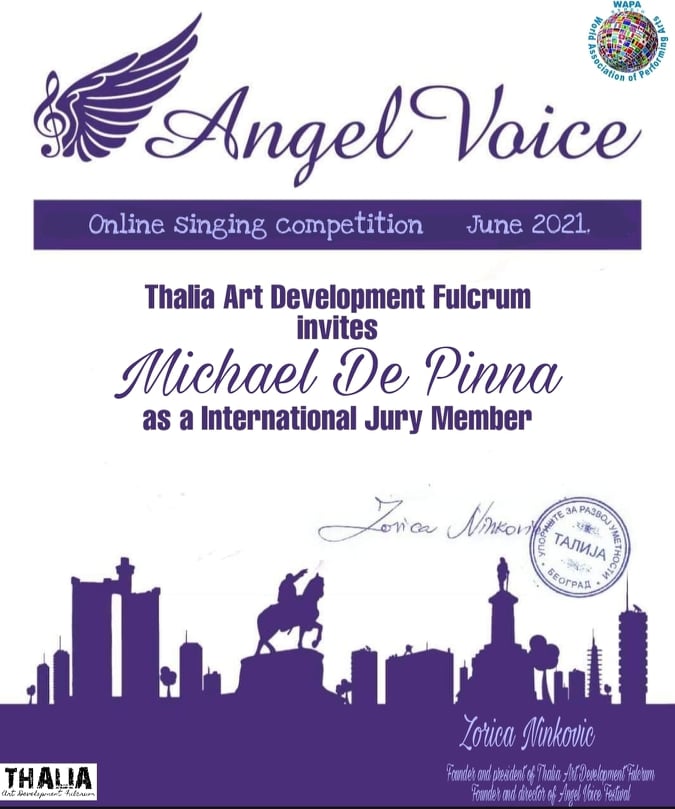 With such a varied repertoire and so much experience, Michael has asserted himself as one of the bastions of South African entertainment. There’s not much else to say about a man so ingrained into the South African psyche except perhaps… YEBO MKHULU! 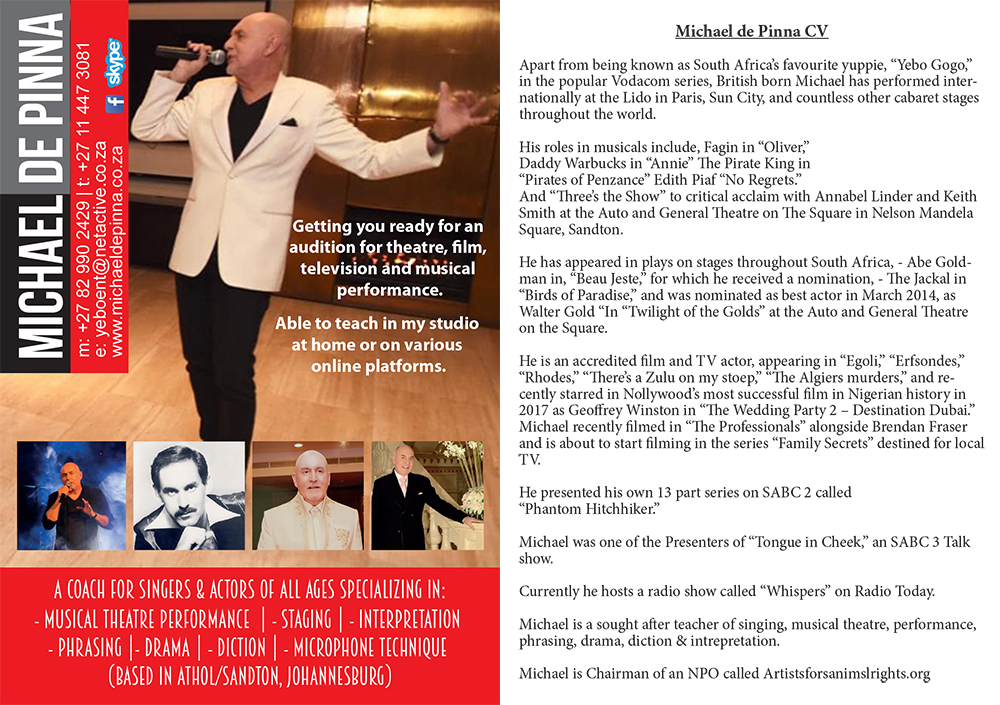